← back to
Spiritmuse Records
Get fresh music recommendations delivered to your inbox every Friday.
We've updated our Terms of Use. You can review the changes here. 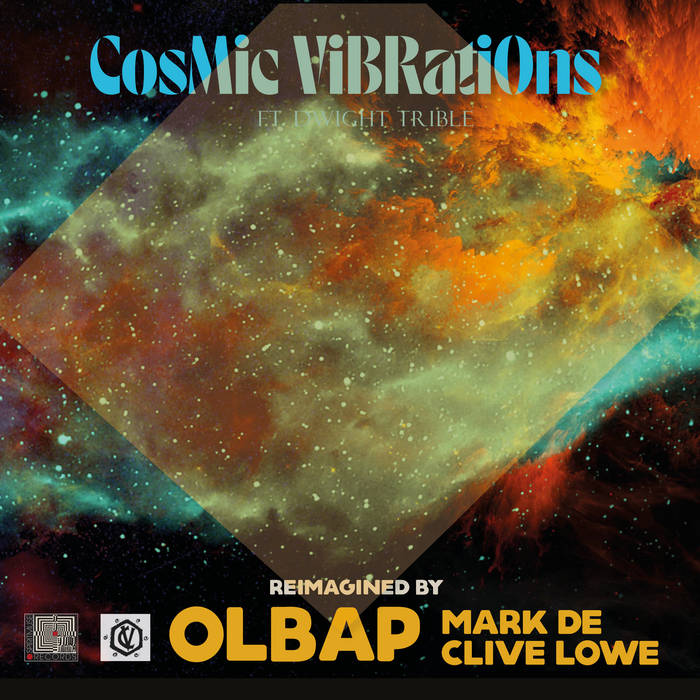 Spiritmuse records is celebrating the one year anniversary of the universally loved spiritual jazz opus, ‘Pathways & Passages’, by legendary vocalist Dwight Trible, and LA jazz supergroup, Cosmic Vibrations. To mark the occasion they are proud to release a special remix of album highlight “OLBAP”, reworked with true love and care into a broken beat masterpiece by the electronic jazz pioneer and pianist, Mark De Clive Lowe.

Mark de Clive-Lowe magically balances virtuoso piano playing with addictive synth grooves and live remixing flair. He left his home in New Zealand at an early age, finding himself at the center of London’s underground music scene, “joining-the-dots” between jazz and electronic music. Becoming a leading figure of the burgeoning broken beat and wider electronic jazz scenes, MdCL was championed by the likes of Gilles Peterson and revolutionised the live potential of underground sound, before moving to LA in 2008.

Cosmic Vibrations is a supergroup of heavyweight musicians with a vast combined experience, an ensemble of 6 souls, all based in LA, who approach improvisation full of spirit and without ego. As Kevin Le Gendre put it for Jazzwise, “this is a west coast supergroup whose members have the kind of credits that cover a huge swathe of black music history: Dizzy Gillespie, Horace Silver, Ramsey Lewis, Minnie Riperton and Nicole Mitchell, to name but some. That wealth of experience is priceless, and any one of the 11 songs on offer thus carries the kind of gravitas that takes Cosmic Vibrations beyond the potential cliché of ‘deep jazz’ and into the realm of deep meditation.”

Fronted by Dwight Trible, undoubtedly the most acclaimed and in-demand vocalist currently working in the realms of spiritual jazz, the band has been performing steadily over the last four years, building a reputation in LA and further afield for their mesmerising performances. ‘Pathways & Passages’ marked the first time that their transcendental sound had been recorded and publicly released.

This remix marks a perfect inter-generational meeting of LA’s long vibrant music scene. Dwight’s central role in LA is difficult to miss, from directing the Horace Tapscott Pan Afrikan Peoples Arkestra and leading the incredible Build An Ark ensemble alongside Carlos Niño, to forming the deep jazz supergroup, Cosmic Vibrations. Likewise, since moving to LA, Mark has united a multi-generational who’s who of LA and the world’s most respected jazz, soul, hip hop and electronic artists at his much loved CHURCH club night, and earned the role of Founding Artist in Residence for La Ceiba Festival.

The “OLBAP” remix is due for release on September 28. It marks the perfect step in Trible and MdCL’s musical relationship, since the latter contributed played piano on Trible’s acclaimed “Mothership” album, alongside Kamasi Washington, Carlos Niño and Miguel Atwood-Ferguson.

© 2021 Spiritmuse Records
MUSIC FOR THE SPIRIT

Cosmic Vibrations is a supergroup of 6 heavyweight musicians with a vast combined experience, that approach improvisation full of spirit and without ego. Gathered for this very purpose by Dwight Trible, one of the most acclaimed and in-demand vocalists in the realms of spiritual jazz, the band has been building a reputation in LA and further afield for their electric, mesmerising performances. ... more

Bandcamp Daily  your guide to the world of Bandcamp